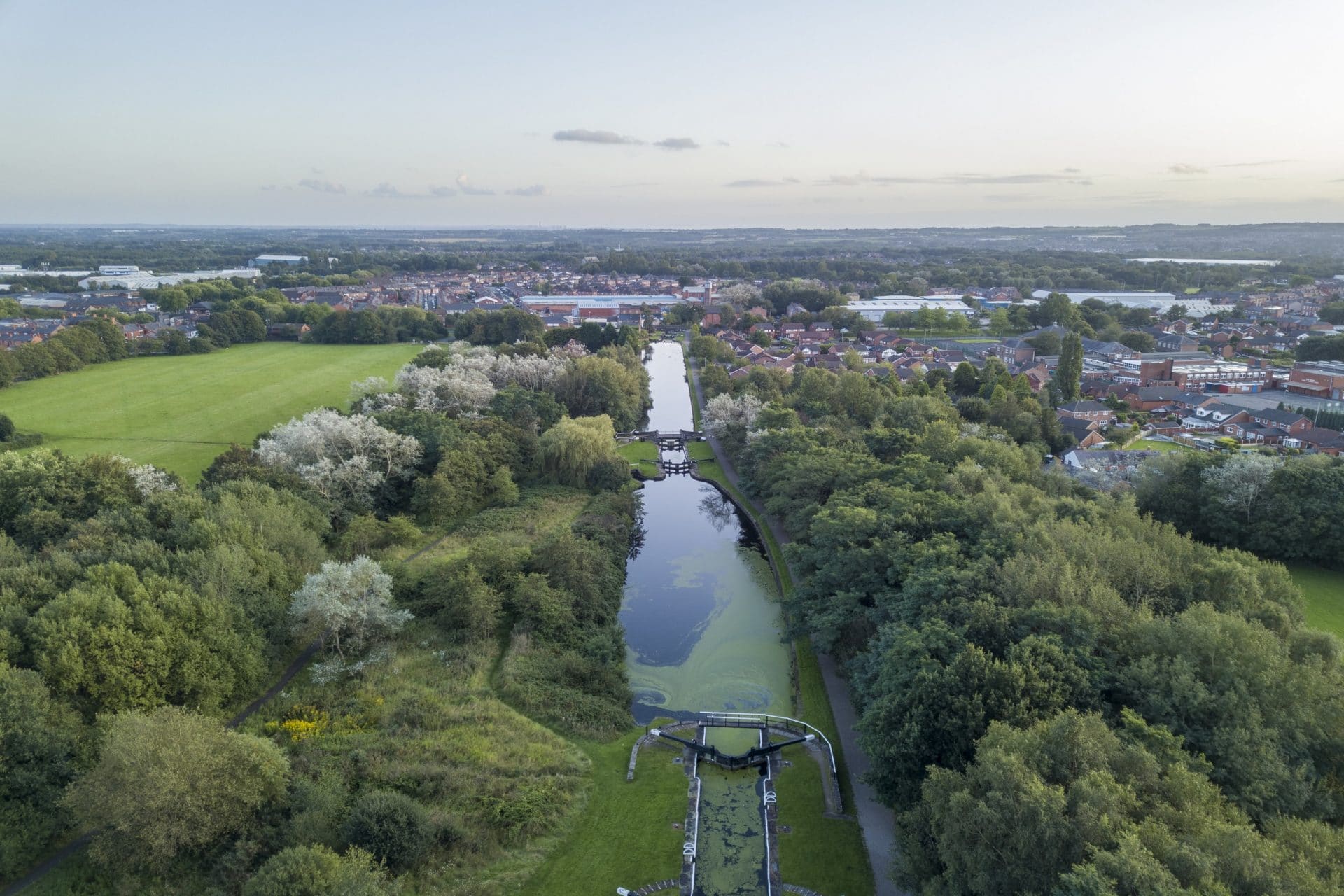 The first section of the canal was opened in 1773 and took almost 50 years to complete and trade continued on the canal until the 1980’s.

The location in which our videography & photography took place was close to the Westwood Power Station which was base in Ince-In-Makerfield. Coal was supplied to the power station via this canal way until 1972.

Our team visited this location in the evening just before the sun was due to set, this way the lighting would not be too harsh and we could capture a great amount of detail in our shots.

First we took some still images. We only took a couple of images to get a feel for the colours and to plan our video footage and this was mainly a video production. Because of the broad range of colours, lighting and details in these shots, we took multiple images of the same scene so we could digital merge these afterwards on the computer.

Below are some of the raw images we took: 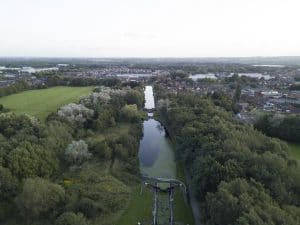 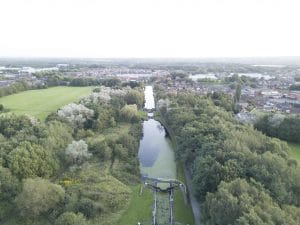 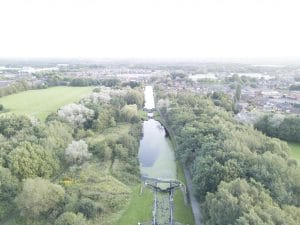 The raw images were then merged and edited to create the below photograph.

The same process was carried out for this image below. 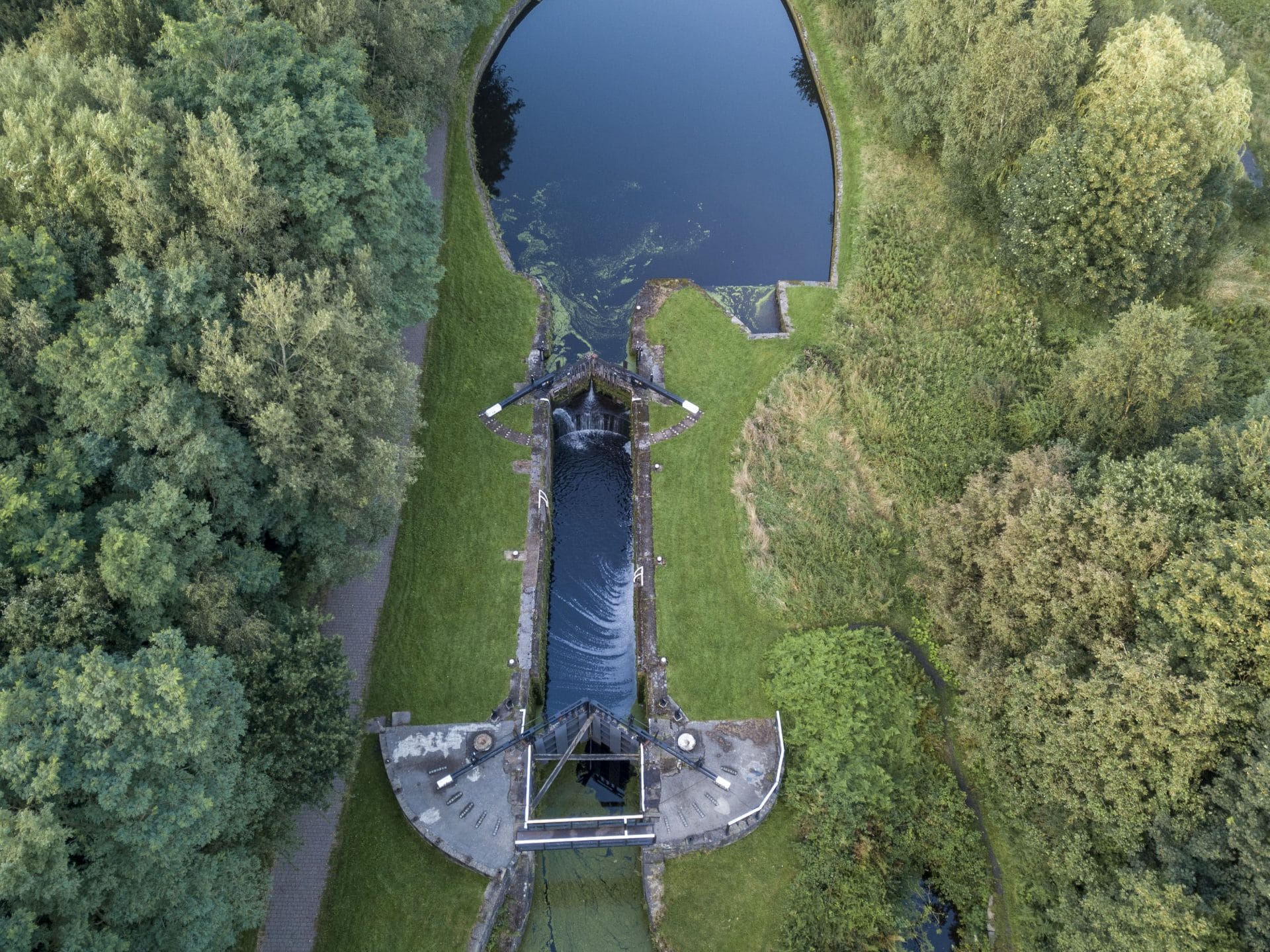 Once we had the chance to review the still images, we soon realised that we would be able to catch a vibrant amount of colour and also a great view of numerous locks on this stretch of the canal system.

Because we were going for a cinematic look, we adjusted the settings on our drone to record in the D-Cinelike profile. The footage captured on this setting is very flat but records a high dynamic range of colours which enables our footage to look fantastic after colour grading

See below for some examples of our footage before and after colour grading. 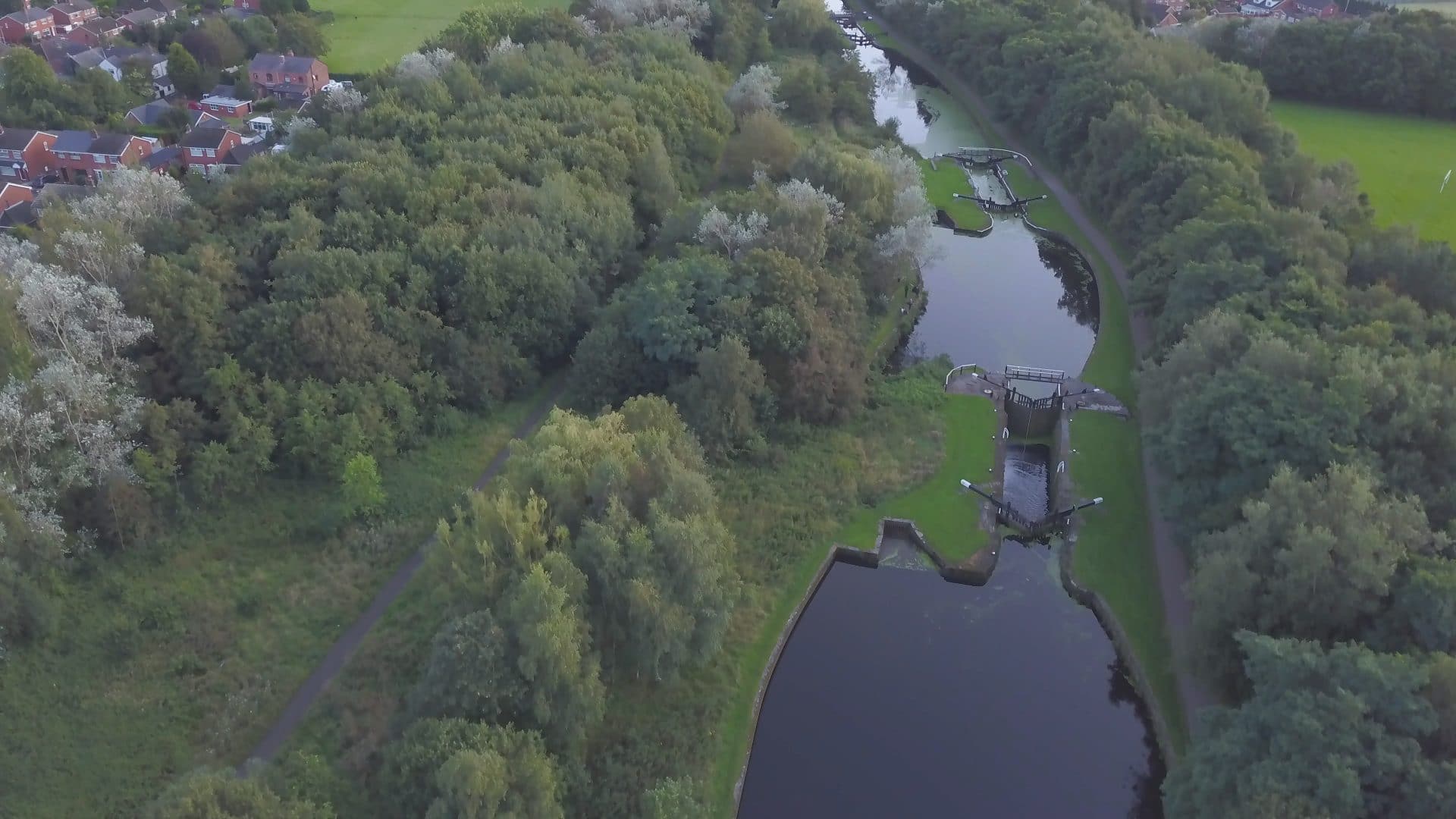 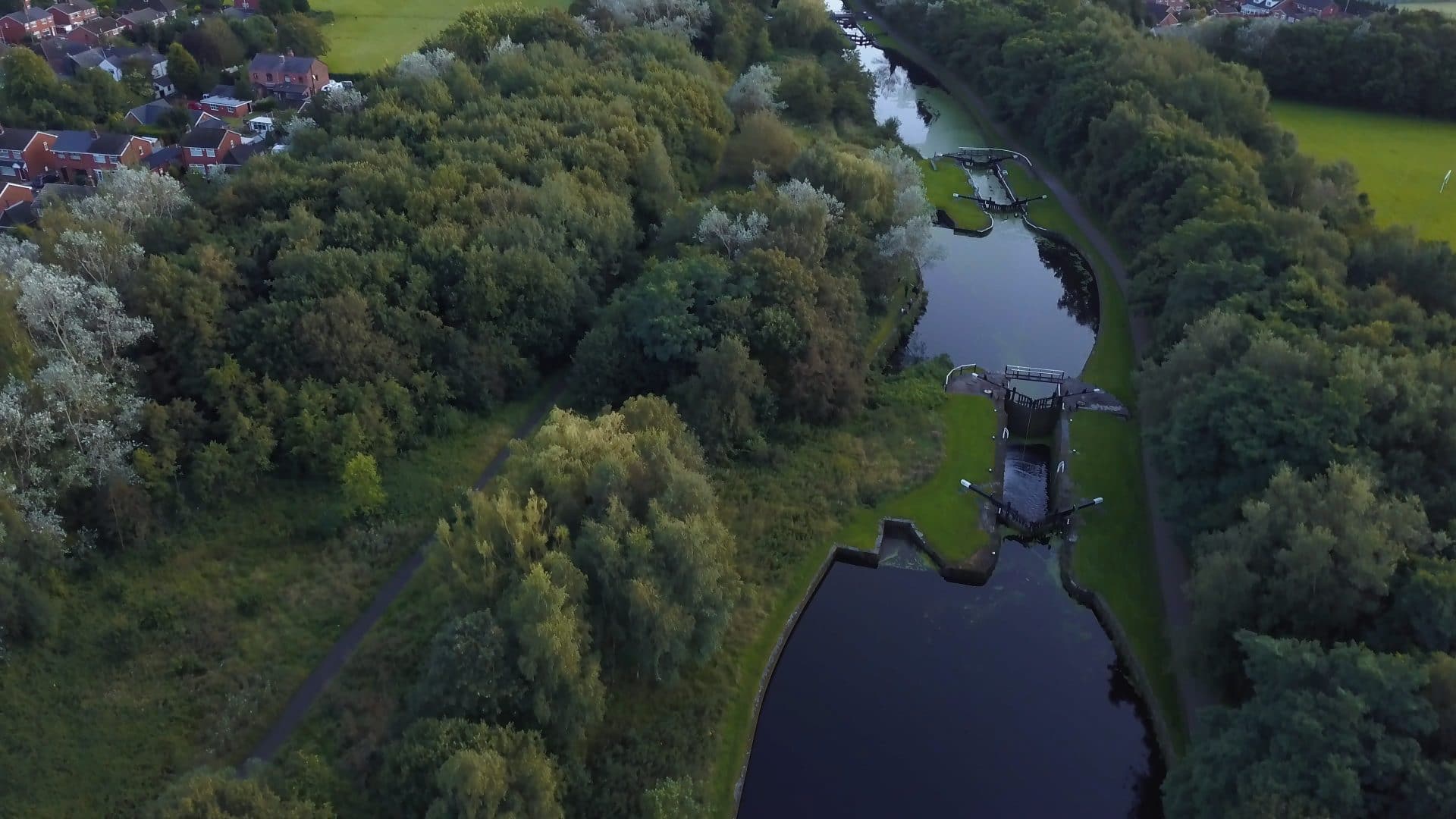 Please see the below video to view the final edited version of the footage we captured. Video is best viewed with the sound on.

Ready to start your project?